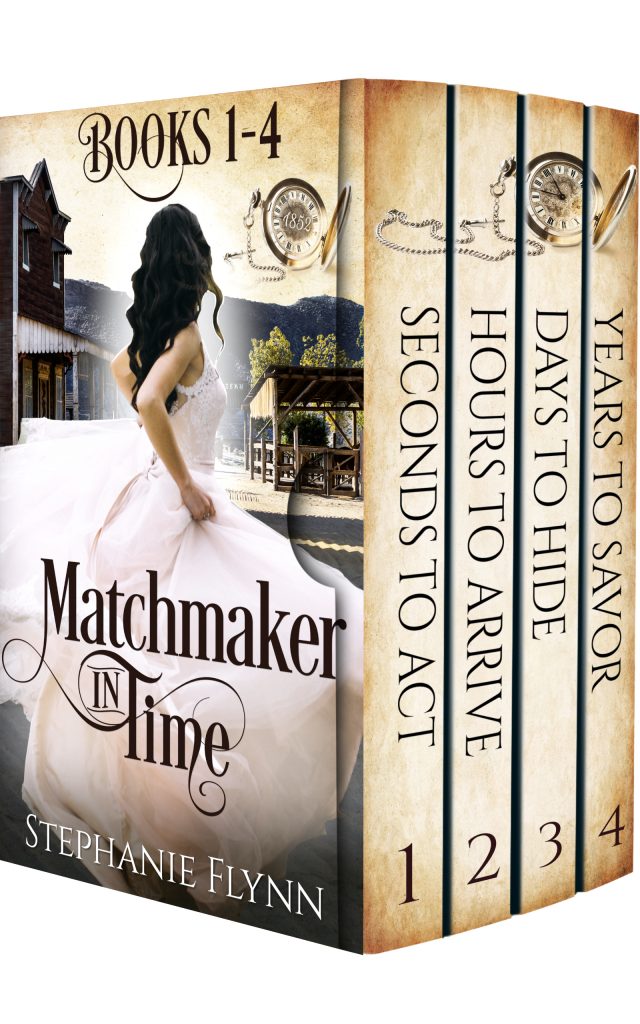 This omnibus of the Matchmaker Series contains over 1200 pages of sizzling romance.

In 1852 Wisconsin, Sam Hartley wishes to return to blacksmithing, where he could use his hands to create, but until something is done about his tyrannical boss, he’s trapped. When an extraordinary woman comes asking for him, escalating threats and her suspicious knowledge force him to keep her close. But too soon he must decide if risking her safety is worth mending his heart.

Thrust back in time, she’s on a mission to save a good man turned bandit. Joining the notorious outlaws isn’t part of the plan.

When Becca Wagner is asked to participate in a dream study, what does she have to lose? She’s in the middle of a divorce, contemplating quitting her job, and packing to move away. Eager for any distraction, she accepts, but she’s given an unusual task: Convince a farmer to accept a crooked sheriff’s deal, otherwise he will be murdered.

In 1854 Wisconsin, failing farmer Jonathan Arris joined the bandits but quickly regretted it, and quitting isn’t an option–the bandits murder anyone who escapes. When a frustrating woman inserts herself in his business, it’ll take everything he’s got to keep them both alive. And when the woman steals his heart, he finally finds a reason to fight back.

She has a stalker. He has an ex-wife. Torn apart by time, will the friends become lovers, or will their enemies doom them first?